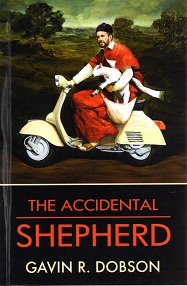 The fourth book in the Geordie Kinloch quartet of short stories. They are set in the questionable gentility of rural Scotland, and the canvas lights up with flashes of San Francisco, Texas, New York, Chicago, London and the Pyrenees. Bowser’s Last Stand illustrates how best intentions can have disastrous consequences; Amarillo Nights brings an unexpected intrusion in Geordie’s settled household, The Percy Arms dwells on the unrequited longing of distant youth. The paranormal themes of The Ley Line and Kinwhirrie Cat may make the reader feel uneasy. ISBN 978-1-909238-00-8.  Published by Librario, Sep 2012

” No bookshelf should be without this, Dobson’s latest series of short stories. Sharp, snappy, sometimes perhaps disturbing, there is a distinct autobiographical feel to the author’s writing – or is it the result of a fertile imagination ? Whatever the reader might prefer to believe, each of the 15 stories is enthralling, as they recount episodes, some unlikely, others absolutely plausible, in the life of Geordie Kinloch. Easily re-readable”.